Before returning to Seven Steps Up for the Pin Drop Concert Series on April 30th, Seth and his band appeared on WOODTV 8 in Grand Rapids, MI. Watch the clip here.

"Heaven (Is A Grocery Store Clerk)" Premieres at Glide Magazine 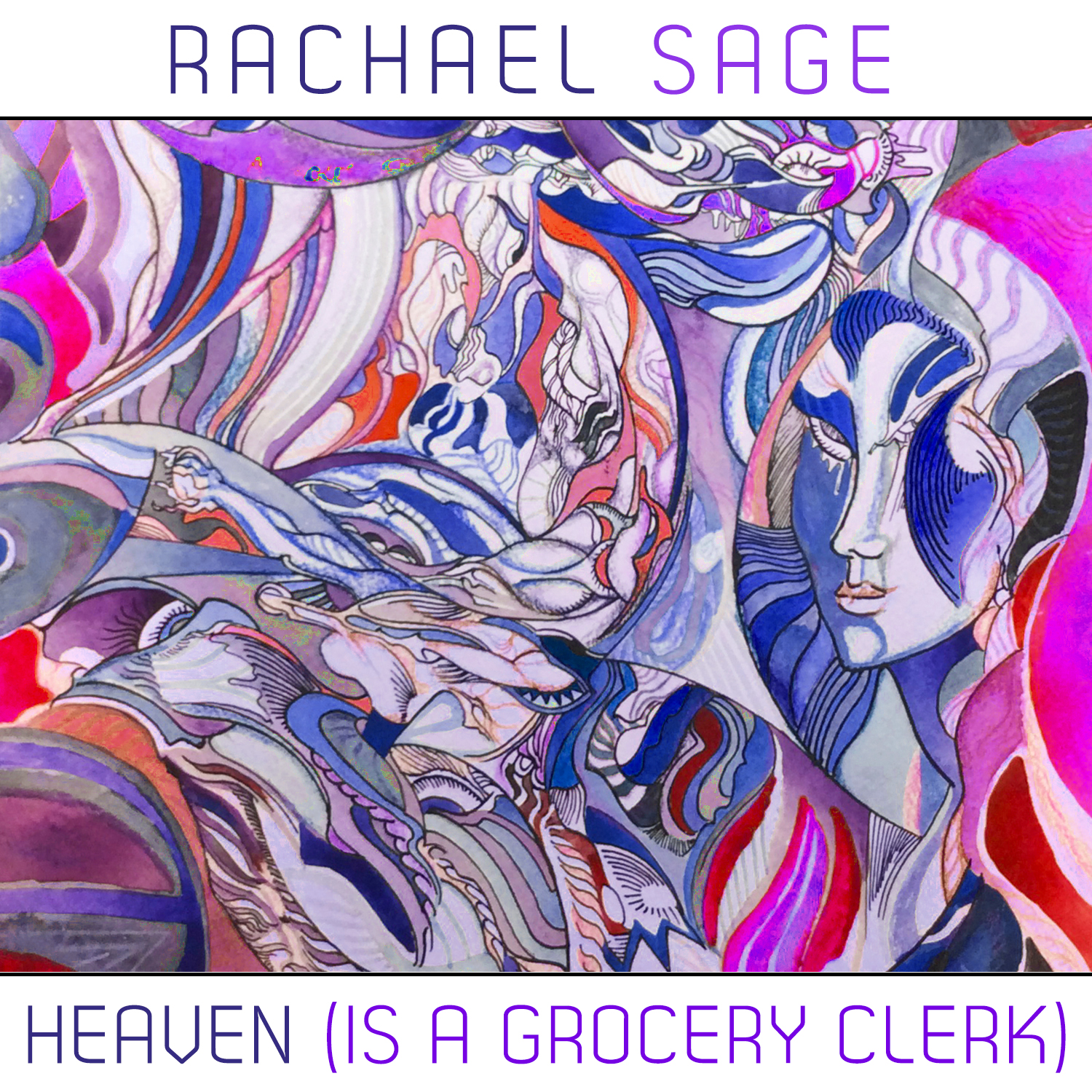 "Heaven (Is A Grocery Clerk)", the first song on Rachael Sage's upcoming album Choreographic, is streaming now at Glide Magazine. The song is named after a painting by Rachael's dear friend Riki Chen, and its a tribute to his resilient creative spirit.

Glide says: “Heaven (Is a Grocery Clerk)’ off Choreographic, a colorful work that shares flourishes of Sigur Rós and Kate Bush, and identifies Sage as a divine musical visionary."

Award-winning recording artist Rachael Sage premiered her newest song "Loreena" yesterday on Curve Magazine. The track is the second release off of her forthcoming full-length studio album, Choreographic, due May 20.

Head over to Curve Magazine to listen & learn more about the track.

"Try Try Try" is the first single from Rachael Sage's forthcoming album, CHOREOGRAPHIC, inspired by her lifelong relationship to dance. A former School of American Ballet student, Sage taught herself to play both piano and guitar, and developed her ear by absorbing classical music accompaniment in ballet classes since she was 3. A playful, uptempo folk-pop number with a tinge of country twang and more than a little bit of rock attitude, the track features Sage's signature clever lyrics, catchy harmonies and impressive guitar skills. Accompanied by fantastic backing musicians whose credits include Coldplay, Adele, Esperanza Spalding and Brandi Carlile's, it's an uplifting, infectious song about love, perfect for spring!

BaebleMusic raves about Sage's new album: "With its baroque strings and off-kilter but memorable percussion, it deliberately evokes a modern dance number fueled by triumph and feminine resilience."

Hear it first on Baeble Music!

New York, NY: Award-winning recording artist Rachael Sage has announced the release of her forthcoming full-length studio album, "Choreographic", due May 20 (MPress/ILS/Caroline). On her latest offering of self-described "ballet-pop", Sage delivers a musically ambitious and emotionally accessible tribute to her very first love: Dance. Fresh off the heels of her 16th song placement on Lifetime TV’s Dance Moms, Sage and her music have reached an ever-widening audience since her previous release "Blue Roses", amassing over 9.5 million views on YouTube.

Multi-platinum Belgian rock band K’s Choice has announced their first U.S. tour in 10 years. Hot off a busy 2015 European festival tour, K’s Choice will head out on the road in support of their latest release, The Phantom Cowboy (MPress 2015). The first leg of the 2016 “Come Alive” Tour kicks off in Tennessee on March 16th and takes the band to the West Coast with a confirmed performance at SXSW. U.S. label mates A Fragile Tomorrow will join the bill as support. Along the tour, the band is asking fans to bring stuffed animals in support of their local Fire Department and First Responders for donation to children that might be sick, frightened or experiencing a traumatic event.

Rachael captures the essence of the holiday season in NYC with her charming new single "Hanukkah in the Village" that recently premiered on Yahoo! Music. PopMatters says "Even better, she’s put together an absolutely gorgeous lyric video featuring a dazzling array of antiques and creatively designed menorahs."

New Yorker Rachael Sage will herald the holiday season with her charming new holiday song "Hanukkah in the Village." It's the most wonderful, magical time of the year, thanks to the lights, the festive decor, and the general upbeat spirit of the season, and this song certainly captures the energy of the holidays.

The song premiered via Yahoo! Music, stream it now.

Like the track? Get or gift your copy from iTunes now!